Team AlphaGo is a community-based rookie team from Ashburn VA, comprising students of 7th grade from Farmwell Station and Mercer middle school. The team is led by Sanjay M Kumar, a sophomore from Broad Run High school who is an FTC veteran entering 4th year into FTC and coached by Mohan S Kumar and Sumathi M Kumar. Our Team comprises of 6 Students in total. AlphaGo is part of world’s leading youth-serving, nonprofit advancing STEM engagement program called F.I.R.S.T. (For Inspiration and Recognition of Science and Technology).

As a team, we strongly prioritize Gracious Professionalism and unfaltering harmony. With our collective efforts, we hope to make our ideas and creative passions come to life. Additionally, we stimulate our own curiosity by working with ideas in practical situations and applying our own knowledge from education as well as our own personal experiences. We understand that accumulating knowledge is to transform that intellect into something tangible, which is a crucial aspect in any STEM-related career. FIRST gives us the opportunity to do so and allows us to further our networking and team cooperation skills, both of which are essential for success in the work field.

Our third regional tournament was held at Mountain MD, on Dec Jan 18 th, 2020. A total of 25 teams participated from MD and other states. We won the Collins Aerospace and the Finalist Alliance Captain awards in this tournament.Team AlphaGo participated in First Tech Challenge VA State Championship conducted on Saturday Feb 22, 2020. Overall there were 58 Teams participated including teams from Ohio, Maryland, New Jersey, West Virginia and Pennsylvania. 58 Teams were divided into two divisions called Flowers and Kamen division. Team AlphaGo Played in Kamen division competing against 23 teams. We Played 5 Qualification and two semi-final matches and won all of them and Won Control Award as well. (This award is given to a team that showcases uniqueness and key program algorithms used in the robot and its software) 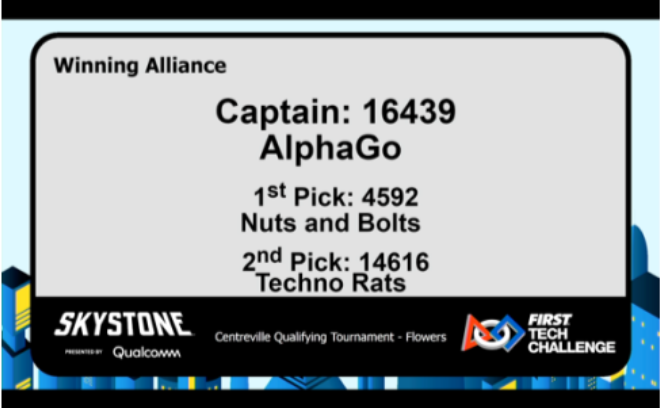 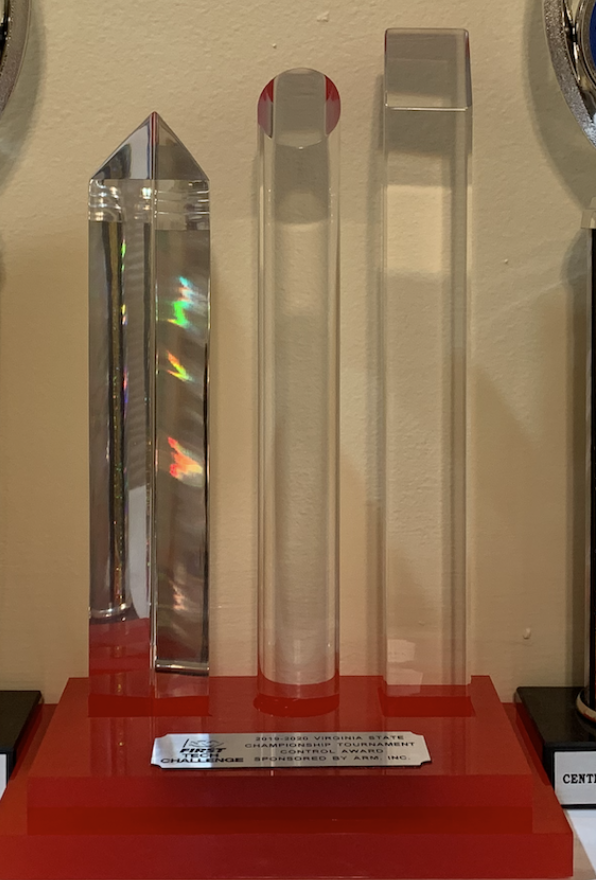 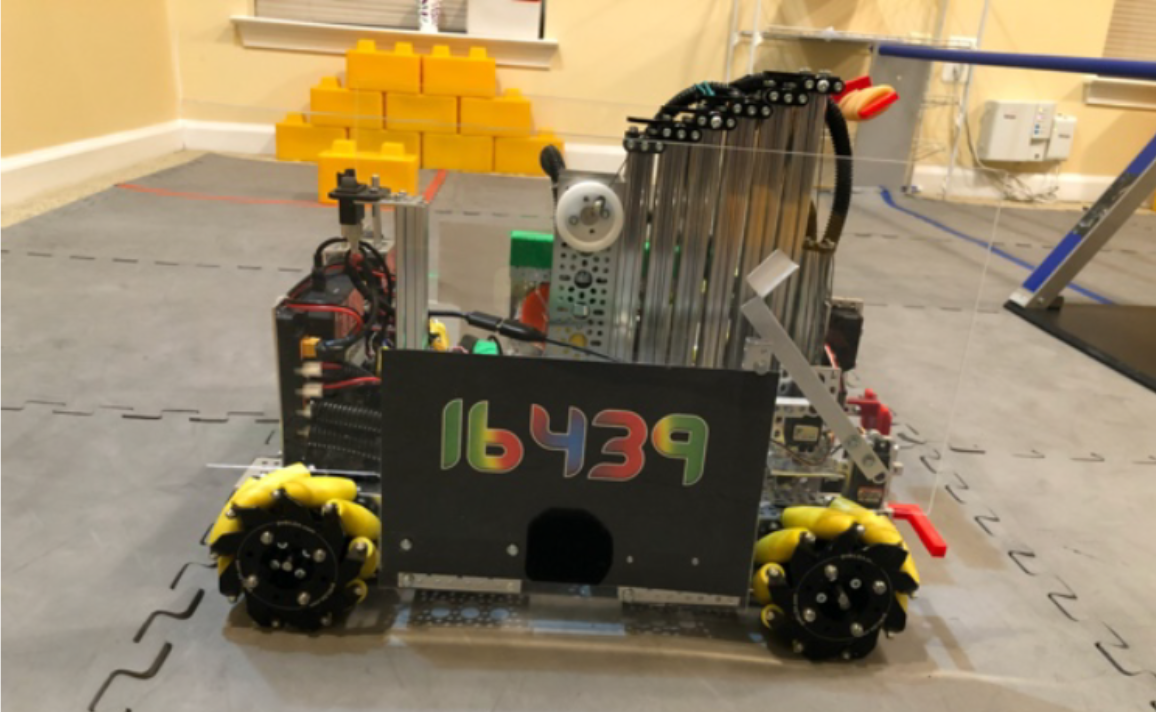 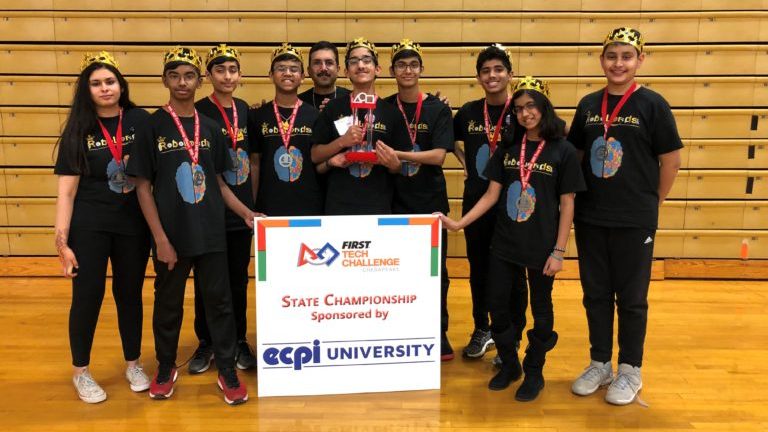